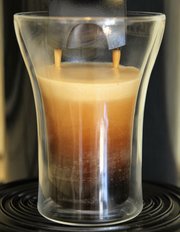 We have a release candidate for a quickfix release version 1.1.2 of getdns.

The brew formula for Stubby installed and configured a version of the getdns library that would not fit other applications using getdns very well. More specifically, libgetdns was configured to output statistics about upstreams.

To allow to display upstream statistics without the necessity for a specifically configured library, this release introduces a single new feature: the ability to register a callback function that will fire when certain subsystems have a log message of a certain severity. Which subsystems will fire the callback can be specified with the registration function. Currently this is only available for upstream statistics, but in the future the log messages for the other subsystems will be provided in a similar fashion.

Besides this single feature, we have a few bugfixes in this release. The most prominent one fixing fallbacks on certain error conditions for stateful transports on MacOS.

Please review this release candidate carefully, if all is well, the actual release will follow Monday the 3th of July.