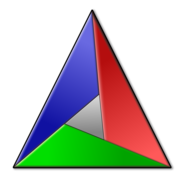 We have a first beta release of getdns in which the traditional autotools based build system has been replaced with a CMake build system.

The motivation for this change to have Windows be a first class build platform for getdns thereby increasing the ease of use of the getdns library in Windows applications. getdns and stubby can now be built using a native Windows build toolchain, ideally via the Visual Studio project. This work will also facilitate developing a User Interface for Stubby on Windows.

For those unfamiliar with CMake we have put together a CMake Quick Start Guide on how to build getdns with the new build system.

This release has a Stubby version 0.3.0-beta.1 included, also modified for the CMake build tools.