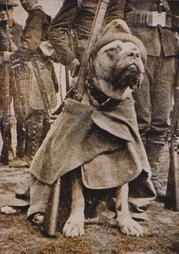 Take note that this page is no longer updated (last update was August 2017).
The documentation for Stubby has moved to dnsprivacy.org.

Stubby is an application that acts as a local DNS Privacy stub resolver (using DNS-over-TLS). Stubby encrypts DNS queries sent from a client machine (desktop or laptop) to a DNS Privacy resolver increasing end user privacy. Stubby is in the early stages of development but is suitable for technical/advanced users. A more generally user-friendly version is on the way!

Stubby is developed by the getdns team.

Stubby uses getdns and requires the 1.1.2 release of getdns or later.

Check to see if getdns and Stubby are available via a package manager.

Note: a Homebrew package for getdns exists, one for Stubby is on the way.

If you need to install getdns from source, see the section at the end of this document.

Build and install (the paths below assume that getdns is installed in a standard location e.g. by Homebrew in /usr/local/)

It is recommended to use the default configuration file provided which will use 'Strict' privacy mode and spread the DNS queries among several of the current DNS Privacy test servers. Note that this file contains both IPv4 and IPv6 addresses. This file is installed on *nix systems as /usr/local/etc/stubby/stubby.conf_

The config file below will configure Stubby in the following ways:

Additional privacy servers can be specified by adding more entries to the upstream_recursive_servers list above (note a separate entry must be made for the IPv4 and IPv6 addresses of a given server. More DNS Privacy test servers are listed here.

A custom port can be specified by adding the tls_port: attribute to the upstream_recursive_server in the config file.

Simply invoke Stubby on the command line. By default it runs in the foreground, the -g flag runs it in the background.

Once this change is made your DNS queries will be re-directed to Stubby and sent over TLS!
(You may need to restart some applications to have them pick up the network settings).

You can monitor the traffic using Wireshark watching on port 853.

For Stubby to re-send outgoing DNS queries over TLS the recursive resolvers configured on your machine must be changed to send all the local queries to the loopback interface on which Stubby is listening. This depends on the operating system being run. It is useful to note your existing default nameservers before making this change!

A script is provided with Stubby for easier configuration. From the command line you can do the following to switch all your queries to use Stubby

If you want to reset, just use:

which should pick up the default DHCP nameservers.

Or via the GUI:

Note that from getdns 1.1.3 stubby is included in the getdns code as a git submodule. Therefore stubby and getdns can be built together by following the instructions below but adding the --with-stubby flag to the configure step.

The most limited install of getdns that will work with Stubby requires only OpenSSL as a dependency (version 1.0.2 or later is required for hostname authentication to be supported). If OpenSSL is installed in a non-standard location on your system use the --with-ssl option to configure below to specify where it is installed.

It may be necessary to install 1.0.2 from source for most Linux distros.

It is recommended to install OpenSSL using homebrew, in which case use the following in the configure line in the build step below:

Either clone the code:

for the very latest version of getdns or grab a release tarball from this page: Latest getdns releases

Note that on Mac OS X you will need the developer tools from Xcode to compile the code. And you may need to use brew to install libtool, autoconf, and automake.

dnsprivacy.net - A project to support deployment of DNS-over-TLS services
Mon 15 May 2017
DNS-OARC26
Sara Dickinson   DNS Privacy
Presentation at the DNS-OARC26 in Madrid

Other by Sara Dickinson

dnsprivacy.net - A project to support deployment of DNS-over-TLS services
Mon 15 May 2017
DNS-OARC26
Sara Dickinson   DNS Privacy
Presentation at the DNS-OARC26 in Madrid

KSK rollover impact on getdns 2017-09-12
How does the upcoming root KSK impact getdns DNS Privacy daemon - Stubby 2017-08-23
A reference page on how to get up and running with Stubby! How to do a simple query 2017-01-16
Demo of doing an address lookup with getdns both synchronous and asynchronous getdns_query 2016-07-14
What is getdns_query clarification Enhanced getdns data access 2016-02-03
Motivation, introduction and demonstration of JSON-pointers